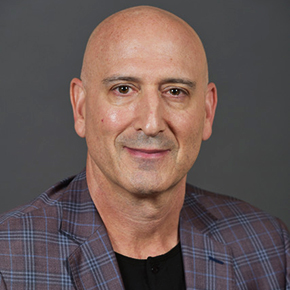 Dr. Randy Cooper joined Southwest Kidney Institute (SKI), a practice with 60 nephrologists throughout Arizona, in 2002 after completing his eight-year tour of duty as a Major in the United States Air Force in San Antonio, Texas and relocating to Phoenix, Arizona. Dr. Cooper is a Board Member of SKI and serves on the Operations Committee. Dr. Cooper founded the SKI Vascular Center Interventional program in 2004 and was instrumental in moving the program from a hospital-based program into three outpatient facilities, improving patient experiences and overall satisfaction. He now serves as Medical Director and Managing Partner of SKI Vascular. Dr. Cooper received his MD degree from Ohio State University College of Medicine in Columbus, Ohio. He then completed his residency program in Internal Medicine at Wilford Hall Medical Center (WHMC) San Antonio, Texas and his nephrology fellowship at the University of Texas Health Science Center (UTHSC), San Antonio. He received board certification in Internal Medicine and maintains an active board certification in Nephrology. In addition, he is certified by the American Society of Diagnostic and Interventional Nephrology (ASDIN) in both peritoneal dialysis procedures and advanced hemodialysis access procedures. Dr. Cooper has presented at national meetings as well as published in peer-reviewed journals.